The 1911 Tour de France was the ninth edition of La Grande Boucle. It consisted of 15 stages (5,343 kilometers), including the race’s first foray into the high Alps.

Stage 5 included the first crossings of the Télégraphe and the Galibier, and stage 6 included the Col d’Allos.

"In his editorial dedicated to the Galibier titled 'Act of Adoration,' Henri Desgrange writes: 'O, col Bayard, O, Tourmalet (...) next to Galibier you are worthless.'"1 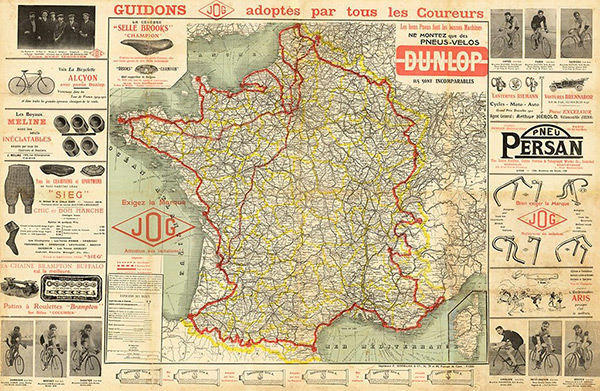 On stage 10 into Bayonne, Maurice Brocco was ejected by Desgrange for riding in the service of other riders for pay. Desgrange dubbed Brocco a domestique (servant), intending it as an insult. Of course today we apply the term more kindly to those who sacrifice themselves for the benefit of the team.

A consistent rider, Garrigou raced in eight Tours (1907-1914), finishing on the podium six times and in the top 5 two other times.

Garrigou may not have been one of the most impressive general classification contenders, but everything came together for him in 1911 and he added Tour de France champion to his palmarès.

Duboc rode strongly in the Alps but collapsed in the Pyrénées after getting sick, most likely from food poisoning. Duboc’s misfortune opened the door to Garrigou’s victory.

Duboc started seven more Tours after 1911, but only finished four. He was disqualified in the final stage of the 1919 Tour for using a car to get a broken pedal repaired. He was in eighth place at the time.

Duboc is one of the oldest riders to have finished the Tour de France. Although he started his last Tour in 1927, it is the 1926 Tour, in which he finished 27th, that earned him the honor. He was 42 years and 107 days old when he rolled into Paris from Dijon on July 18. 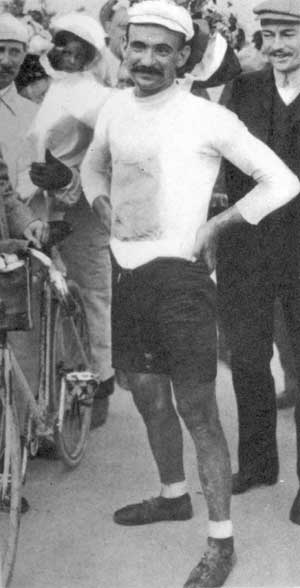 1909 winner François Faber ended his bid on stage 12, the epic 470 km stage from La Rochelle to Brest, which Marcel Godivier won in 17 hours and 40 minutes.

Faber did collect a couple stage wins (stages 3 and 6) before he abandoned. 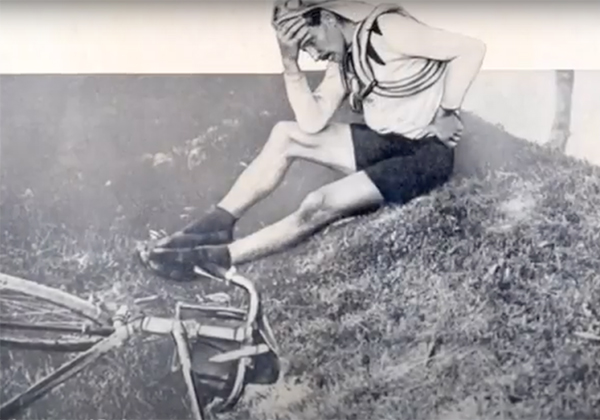 Paul Duboc after stage 10 from Luchon to Bayonne