A Race for Madmen is an enjoyable and satisfying trip from the first Paris-Brest-Paris in 1891, to the birth of the La Grande Boucle in 1903 all the way to Lance Armstrong’s retirement from cycling and subsequent return to the Tour in 2009.

A Race for Madmen is filled with engaging and delightful stories about the toil, endurance, suffering, rivalries and accomplishments of cycling’s greats. It’s similar to other histories in that way, but the author, Chris Sidwells, elevates the book to more than what is typical.

Sidwells puts together a cohesive story that transcends the sum of its individual stories. It’s like a well-executed team time trial — graceful, fluid and a beautiful thing to experience. 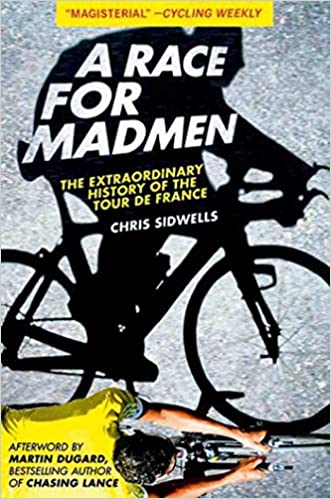 However, the book does falter as it approaches the finish line, through no fault of Sidwells. When the tired and familiar stories of doping and cycling’s recent past paint the bravery and triumph of the Tour with disgrace, a residue of disgust for having lost something brilliant and glorious lingers. It’s not a great finishing note.

What A Race for Madmen does exceedingly well is give more context and color to the legendary stories that have made it into our collective cycling consciousness. Consider the following.

The Father of the Tour de France

It’s generally known and accepted that Henri Desgrange, “the father of the Tour de France,” created the race to fuel L’Auto newspaper sales as it battled Le Vélo for readers. However, it was Geo Lefèvre, a cycling reporter at L’Auto who actually had the idea for the race.

Lefèvre wanted to organize and promote a bike race that traced the shape of France. One that would last longer than any other race that had ever been. Desgrange was initially skeptical and put off to the idea, but he eventually came around.

That’s how it was with Desgrange and the Tour. Desgrange was “the man who signed the papers; [but] it was the likes of Lefèvre and Alphonse Steines who had the ideas and vision.” 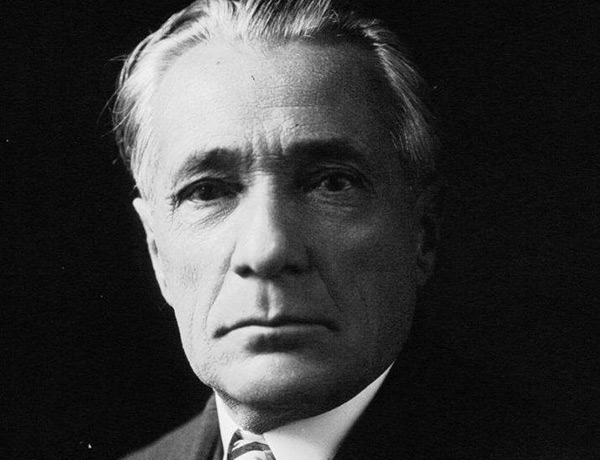 Who was Alphonse Steines? Steines was another journalist on the staff of L’Auto, and he’s the man who “tactfully, artfully, and literally harassed the life out of [Desgrange]” to bring the Tour to the mountains — the Ballon d’Alsace in 1904, the Pyrenees in 1910 and the Alps in 1911. The story of Steines scouting mission to the Pyrenees to establish a route is simply outstanding.

The official history of the Tour holds that the yellow jersey worn by the overall race leader is yellow because L’Auto was printed on yellow paper. The real reason is less romantic.

“Desgrange needed fifteen jersey in different sizes, and they had to be the same color, but the supplier only had that quantity in yellow, because yellow was his least popular color.”

A Race for Madmen puts more distance between itself and its rivals as Sidwells smoothly weaves topic excursions into the main narrative of each chapter to enhance the flavor and appeal of the bigger story. These side trips also effortlessly and effectively move the story forward. 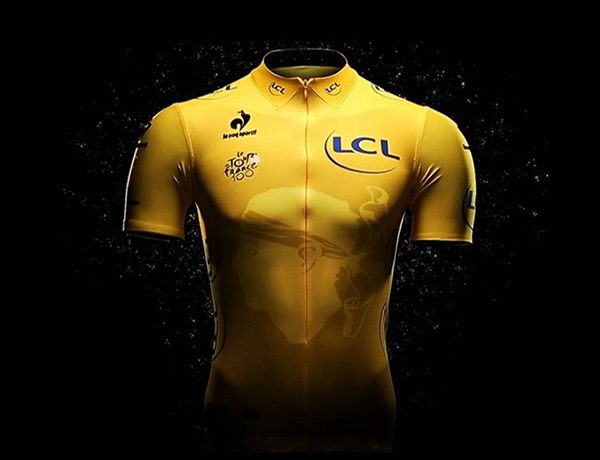 Yellow jersey for the 100th edition of the Tour de France

In chapter one, after setting the context for the birth of the Tour and relating how the idea came to be, Sidwells mentions the favorites for overall victory: Josef Fischer, Hippolyte Aucouturier and Maurice Garin. He then pivots to a synopsis of Garin’s early life as a transition to Garin’s performance and results, the race’s reception with the public and Desgrange’s commitment to a second edition.

In chapter four, we learn the context behind Henri Pelissier’s “we run on dynamite” quote.

Chapter five, The First Italian, introduces Ottavio Bottecchia, the first Italian to win the Tour and then drops back to focus on Bottecchia’s super-domestique Lucien Buysse. Sidwells uses Buysse to pace us to Maurice Brocco, who Desgrange scorned and labeled no more than a domestique, which gave us the name for a cyclist who rides in service to another.

Once Brocco performed his task, Sidwells moves on to talk about the arrival of teams in the race, team time trials and tourist-routiers, the battling amateurs and authentic madmen of the Tour.

Tourist-routiers came from all over Europe. They were farmers, fishermen, miners and factory workers. Most tourist-routiers couldn’t last more than a day or two but some were “good competitors who but for a bit of luck could have won a place in a pro team.”

After finishing a stage, the tourist-routiers had to care for their bikes, collect their belongings (assuming their luggage actually arrived at the finish), clean up in the town baths and find a place to stay the night, before doing it all again, all alone, the next day.

Subsequent chapters follow the same line as Bottecchia’s. Chapters built around Il Campionissimo, Maître Jacques, and The Badger end hundreds of kilometers away from where they started, as if they themselves were stages in the Tour.

The route Sidwells charts in each chapter and throughout the book is wholly satisfying, engrossing, dramatic, informative and enlightening. Ultimately, A Race for Madmen rides into Paris with a record five consecutive stage wins, a well-deserved place on the podium and some fatigue from the final week (chapters) that kept it out of yellow.

No sporting event has had its past and present, its highs and lows so intricately entwined with those of a country like the Tour has with France.

The Tour de France is the biggest annual sporting event in the world, and at the same time it transcends sport. The Tour de France comes to the people. It passes their houses, it turns right in their village squares, it thunders through their suburban streets and into the hearts of their towns and cities. It is a unique event in that people don't so much go to see the Tour, as it comes to see them.

A Race for Madmen traces how the Tour de France has developed and examines tactics, bike technology and rider preparation too. It profiles some of the men who have won the Tour de France, and others who have been key players, looking closely at their lives and motivation. Subsidiary competitions, such as the King of the Mountains prize, are featured, as well as Tour lore and traditions.

The book examines the Tour's extraordinary history, and how a bike race, a simple sporting contest captured the imagination of a country, then a continent and then the world, while at the same time it has stayed uniquely French, even though a Frenchman hasn't won it for over 20 years.

Chris Sidwells is a cycling enthusiast, freelance journalist, and photographer who contributes to numerous magazines in the UK, Europe, and the United States. He lives in the United Kingdom.