A Five Lap Celebration of Elevation

Five Laps of the Course That Cannot Be Defeated

A homegrown grassroots cycling event in Colorado Springs to celebrate cycling and community.

Register to Ride I Cinque Giri

"Nothing in this world is worth having or worth doing unless it means effort, pain, difficulty."

I Cinque Giri: The Five Laps

Inspired by the 2-5-10 Century in Emmaus, Pennsylvania, the 719 Ride has been taking cyclists on a merry-go-round of laps since 2016.

Originally imagined as five laps with at least 7,190' of elevation gain in 71.9 miles, I Cinque Giri (e sheen-kway gee-ree) translates literally from Italian to The Five Laps.

Giri (gee-ree) comes from the Italian verb girare (gee-RAH-ray), which means "to turn." Hence the Giro d'Italia is not a Tour of Italy, like its yellow-jersey predecessor "tours" France as La Grande Boucle, The Big Loop. Il Giro is a "turn" of Italy, one lap or round of La Bell'Italia.

Over the course of its five laps, I Cinque Giri takes riders on a grand tour of repetition and elevates riders to heights both new and familiar.

Register to Ride The Five Laps 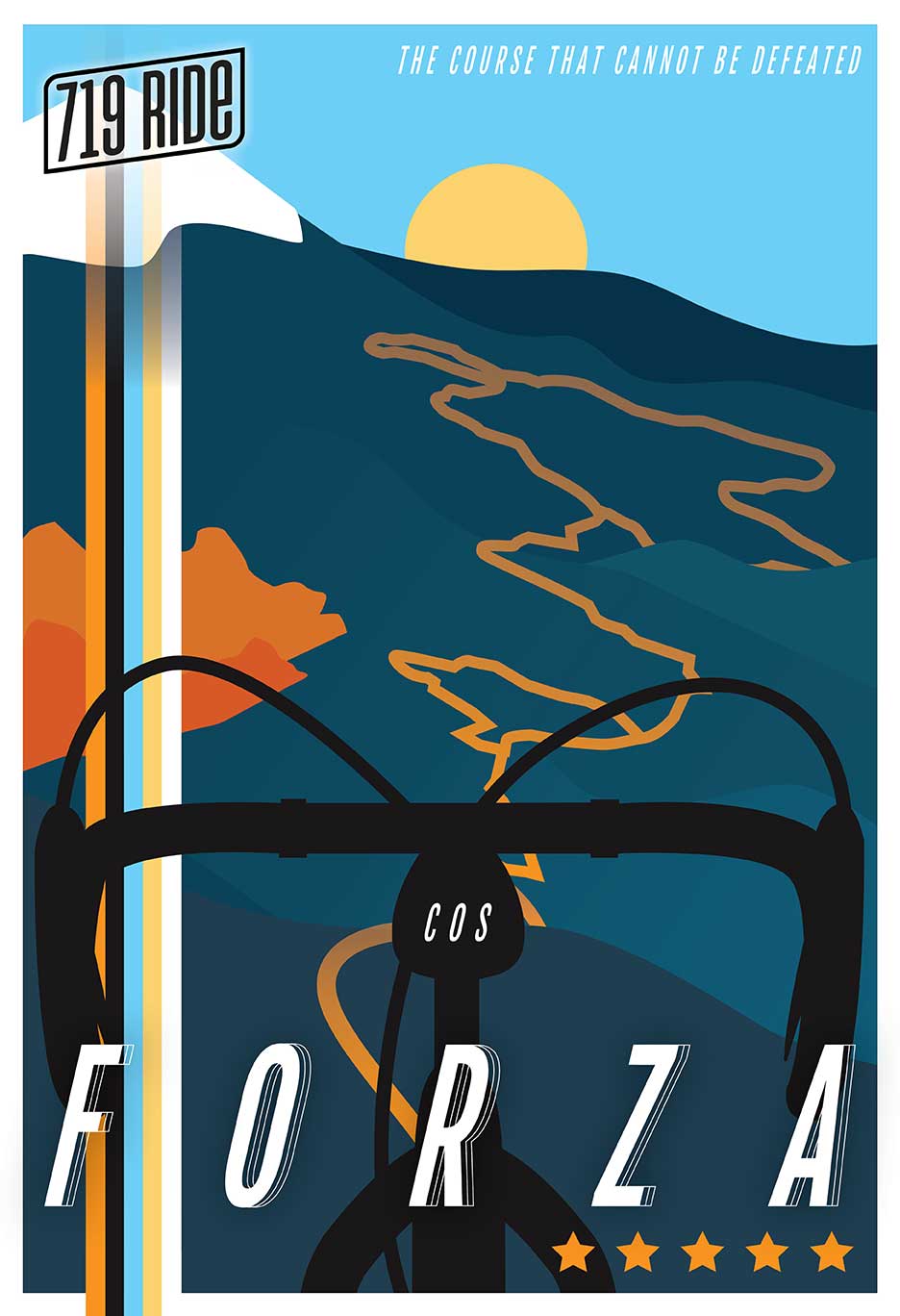 Send a GPS route file to your device, or print a cue sheet with turn-by-turn instructions.

Built on a 14-mile loop course with 1,838' of elevation gain per lap, the amount of elevation gain in each lap of The Course That Cannot Be Defeated is so awesome, it's ridiculous! The course is relentless and unwavering.

The Epic Climbing Score (ECS) is a simple calculation for comparing the amount of climbing different cycling events have. The equation is total elevation gain divided by total event distance and the result is the ECS (excess).

The ECS doesn't indicate one bike event is better than another, or even easier/harder. There are plenty of other factors that contribute to an event's Type II Fun, but compared to other Colorado cycling events I Cinque Giri is elevation gain to excess.

Register to Enjoy Some Excess

Follow @719Ride on Instagram
×
Scroll To Top
We use cookies for analytics, e-commerce and advertising purposes. The cookies allow us to understand how you use our site and to optimize your browsing experience. They don't contain any calories, so they won't affect your ability to ride uphill. However, we may share your site usage data with our social media, advertising and analytics partners. You agree to our use of cookies by closing this message box or continuing to use the site. I accept your cookies.I spit on your cookies.I want to read the privacy policy.